Everything you need to know about translating from Spanish to Chinese

You need a Chinese translation, but you don’t know who to ask.

You are more or less fluent in English, and you could check the quality of a translation or ask someone to check it for you.

However, when it comes to translating into a language as distinct as Chinese, with writing that is indecipherable to a Spanish speaker, it is natural to be more sceptical.

How can you make sure that you get the kind of text, dialect and service that you need and are paying for?

In today’s article, I will give you some information that you should consider when requesting a quote for a translation into Chinese.

Once you have this information, the main recommendation is to leave your translations into this Asian language in the hands of professionals.

Contenidos ocultar
1. Let’s start with some facts about the Chinese language
2. The difference between traditional Chinese and simplified Chinese
2.1. Do you have customers from China and want to offer them information in their own language?
2.2. Do you want to run a region-specific campaign for native Chinese speakers?
3. The most used search engines in China
4. Rates for Spanish to Chinese Translation
5. Certified translation from Spanish to Chinese
6. Aspects to take into account when translating from Chinese to Spanish
6.1. How do you count words in Chinese if they are characters?
6.2. Chinese texts seem shorter. Why?
7. Spanish to Mandarin translator

Let’s start with some facts about the Chinese language

When we talk about the “Chinese” language, we are actually talking about Mandarin Chinese, the only official language of the People’s Republic of China. In a country as vast and diverse as China, the need for a common language that can be understood by its more than 1.4 billion inhabitants (or at least the majority of them) is indispensable.

In short, we could define the language we know in the West as “Mandarin Chinese” as the language used by the high officials of the imperial era (known as mandarins, who wore orange clothes, hence the name given to the fruit).

The Mandarin currently spoken is based on the dialect of the Beijing region, although with some changes. Mandarin is historically the language of the northern and central regions of the country, while in the more ethnically and culturally diverse southern regions, there are many other languages (which the Chinese call dialects), most of which are unintelligible to each other. Some of the most important minority languages in China are Cantonese, Wu, Min and Hakka, all of which have very different subdivisions.

Mandarin is known in mainland China as pǔtōnghùa, which could be translated as “common language”, although in Taiwan it is often referred to as guóyǔ, i.e. “national language”. Mandarin was not required to be studied in Chinese schools until well into the 20th century. Therefore, such illustrious figures as Mao Zedong (originally from Hunan Province) could not express themselves well in this language, as it was not their mother tongue. 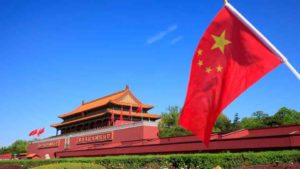 The difference between traditional Chinese and simplified Chinese

Have you decided to translate into Chinese, but don’t know which variant to choose?

It is true that Chinese writing consists of two types of characters: simplified and traditional. And although this may seem to complicate things, the choice is quite simple when you consider the points we will discuss below.

Simplified writing was created in the 1950s by the communist authorities with the intention of combatting the illiteracy of the population. How did they do this? They modified the most complicated characters and simplified the rules to make their study easier and accessible to everyone, since traditional writing is much more complex and difficult to learn. In fact, before the simplification, only highly educated Chinese could learn them.

When we are asked to provide a translation into Chinese, we usually ask where the translation will be used. Given the great economic and growing commercial weight of the People’s Republic of China, we will almost always have to use the simplified characters. 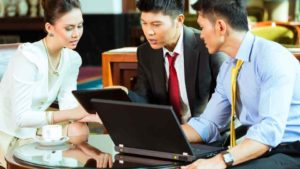 Do you have customers from China and want to offer them information in their own language?

Or maybe you want to attract more potential customers who speak Chinese?

When a client wants to translate into Chinese and their target audience is not a specific region, they usually opt for simplified Chinese. This is because it is the most widespread, and when only one of the two variants is chosen, it is usually simplified Chinese.

However, if your business is a hotel with a large influx of tourists from that region, you should invest in traditional Chinese and simplified Chinese so that potential visitors can find you using either type of writing. In addition, wherever the person reading about you is from, they will feel more comfortable navigating in their type of writing. Ultimately, they will think even more highly of you for having thought of that detail.

Do you want to run a region-specific campaign for native Chinese speakers?

In any case, if you rely heavily on Chinese translation, covering both variants will be a bonus for your company. This shows your potential customer your intent to facilitate communication and your attention to detail, and it sets you apart from the competition. 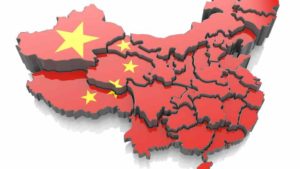 The most used search engines in China

In Spain we assume that Google is the world’s leading search engine. Nothing could be further from the truth. In China, for example, the most widely used search engine is Baidu. It is important that you keep this in mind for campaigns you organise that are targeted at China.

Rates for Spanish to Chinese Translation

As with all language combinations, the rates depend on the service (translation or translation and revision), the difficulty of the text (whether it is highly specialised or general), the delivery deadline, the format, etc. If you take a look at this article, you will find out what factors to consider when we talk about rates for Chinese translation.

Certified translation from Spanish to Chinese

As with all certified translations, this must be carried out by a certified Spanish and Chinese translator/interpreter accredited by the Ministry of Foreign Affairs, European Union and Cooperation, and it must be stamped and signed by said translator.

In the case of certified translations from Chinese to Spanish, the procedure is the same as for all other language combinations.

However, if the sworn translation is from Spanish to Chinese, the process is sometimes a little more complex. For certain types of documents (birth certificates, marriage certificates, criminal records, business registers, academic qualifications, etc) the Chinese authorities require the documents to be authenticated in the country that issued them before completing the certified translation.

Depending on the document in question, you will have to go, for example, to the Ministry of Justice, the Ministry of Foreign Affairs and the Chinese Embassy, before being able to translate and use specific documents in China. If they are not properly authenticated, these documents will not be accepted.

You can do this yourself, although it requires going to the official bodies in Madrid, or you can hire the Chinese translation agency in question to manage the authentication process for you. This will allow you to avoid the tedious bureaucracy and many trips required.

Aspects to take into account when translating from Chinese to Spanish

How do you count words in Chinese if they are characters?

Chinese words usually consist of one or two characters (although there are longer ones). And it is this that makes Chinese a much more concise language than Spanish. Therefore, Chinese texts always seem shorter than Spanish texts. This is due to the conciseness of the language, since they can express a sentence that would be much longer in Spanish in just a few characters.

If you need a translator from Spanish to Mandarin Chinese, it is important that you consult with professionals and explain to them the purpose of the texts and the target audience. These professionals will help you choose the best option and ensure that you achieve quality results with no surprises.

About the Author: Marc C.